Saturday 30 September 2017, 2pm: We are happy to be hosting critically acclaimed author, Gordon Zuckerman, for the signing and presentation of his new novel, The Sentinels: Voices Behind the Curtain. 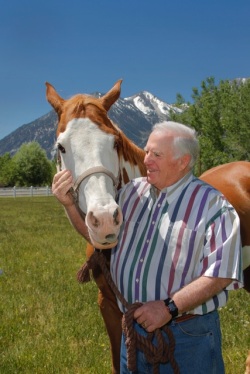 Through Voices Behind the Curtain, businessman Gordon Zuckerman presents a well-researched historical fiction business thriller that is extremely relevant to today’s political climate. He discusses how private industry and the financial community can influence governmental policies and fictionalizes what we would have done to navigate these waters in the past. The situation created in this novel is very similar to the hurdles President Trump is currently up against in order to make the changes he wants. More about Gordon can be found at his website, on Facebook @AuthorGordonZuckerman, and on Twitter @ZuckermanGordon.

Gordon’s Amazon best-selling historical fiction series is back with a new installment just in time for today’s real world: one that is gripped with some of the same fear, corruption, and absence of responsible leadership that his books describe.

In 1946, peak military industrial contracting has been cut by 400 billion dollars. Some of the same industrial organizations responsible for creating a military arsenals capable of supplying six different wars on four separate continents have become concerned. The economic impact of converting their-war time manufacturing to peace-time production represents risks they are not willing to accept. A consortium of these companies determine they must find a new way to restore the lost military contracting. Their plan calls for them to manipulate the Congressional military appropriations process for their own self-interests.

Hearing of the plot, the Sentinels decide to challenge. Voices Behind the Curtain” is a story about powerful and resourceful people, those who endeavor to implement their plan of corruption, and those who oppose.

Jacques Roth and Mike Stone return to lead the Sentinel opposition and devise a plan capable of opposing one of the world’s largest conglomerates. Meet Miss Mercedes, a former Miss Universe winner, who’s ambition to become a celebrated actress have led to her downfall. Follow her life as she re-invents herself and influence those around her. Natalie Cummins, the retired star of the London and New York musical stages, is determined to use her entertainment experience to find British employment for “Back Listed” Hollywood actors, writers and directors. Marco Tanfredi and Don Cerreta, two second-generation Sicilians, who have learned to it is necessary to resist the ‘temptations of the street’, if they wish to pursue their American Dream.