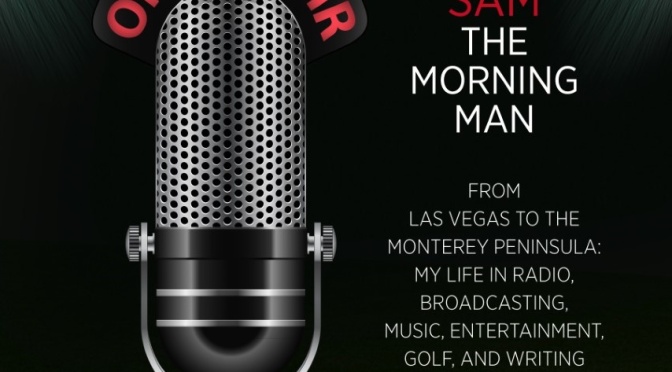 Saturday 17 June 2017, 2pm: Old Capitol Books is pleased to have local author, Sam Salerno, in store to sign copies of his new book, Sam the Morning Man. Sam Salerno, 90, owned KRML for nine years (1968-1977), during which “Play Misty For Me” was filmed- in KRML studios, in part.. Before that he was “Sam The Morning Man” in Las Vegas, a Larry King-style interview show on which he interviewed some of the biggest stars in show business.

Few people have lived a life as rich as Sam Salerno, and as he completes his 90th year, he’s still going strong. Sam the Morning Man has been broadcasting since not long after Marconi invented the radio, interviewing some of the world’s great celebrities of film and song. Also a renowned columnist, Sam has given his readers an up-close-and-personal front row look at the stars on the Las Vegas strip. Plus he has reported on some of the top sports personalities who have made headlines over the past half-century. His historic accounts are captured here in his engaging life story.