9 June, 2014: 5pm – An Evening of Visions and Dreams with Moira Crone and Rodger Kamenetz.

Two award winning writers who use dreams in their poetry and prose, will talk about fundamentals of our dreams and their relationship to creativity and well being. 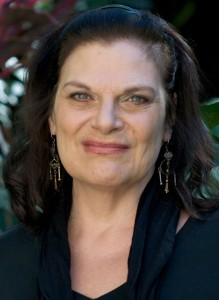 Moira Crone is the author of THE NOT YET, 2013 Philip K Dick Award finalist for science fiction paperback of the year, an international competition, as well as several volumes of short fiction, including DREAM STATE, and WHAT GETS INTO US. Her works have appeared in the New Yorker, Oxford American, Fantasy and Science Fiction, and Image. In 2009 she received the Robert Penn Warren Award from the Fellowship of Southern Writers for the body of her work. She has been a student of dreams for many years and uses them in her fiction. Her website is www.moiracrone.com.

Rodger Kamenetz is the author of eleven books of poetry and prose, including THE HISTORY OF LAST NIGHT’S DREAM, featured on Oprah Winfrey’s Soul Series. TO DIE NEXT TO YOU (poetry) and THE JEW IN THE LOTUS, an international bestseller now in its 37th printing. He won the National Jewish Book Award for Jewish Thought. He has an international practice working with clients seeking insight and spiritual growth through dreams. His website is www.kamenetz.com