G. M. Monks, an award-winning author of short stories and poetry, will be reading, signing, and discussing her debut literary novel, titled Iola O, published by Bedazzled Ink at Old Capitol Books in Monterey on May 4th at 2:00 pm. 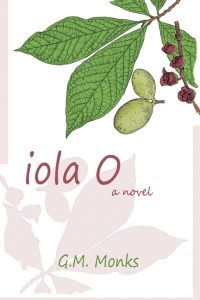 Iola O is a story of resilience, diversity and self-discovery. Open-minded Iola Boggs, born in a xenophobic village, is proud that she was a non-combat pilot during World War II. Jim Lewis, never served, but he helped the war effort in other ways. They meet in post-war Philadelphia, marry, and raise a family. Their many differences lead them in different directions as they search for fulfillment. It is part historical (only barely a war story), part licit/illicit love story, part family saga, part feminist, and part LGBT. 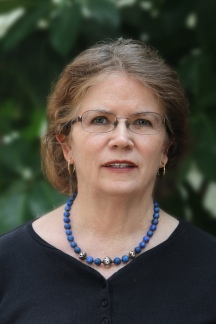 G. M. Monks grew up in California and lives in the San Francisco Bay Area with her husband. Besides writing short stories, poems, and creative nonfiction, she loves to travel. She has visited Australia, Canada and many European countries. As a child, she visited Mexico. National parks are her favorite places in the Unites States. Yosemite and Yellowstone are her favorites. She has traveled to approximately forty-two states. She is over half fluent in French. Some of her favorite writers include: Sandra Cisneros, Hemingway, James Herriot, Georgia Hunter, Jack Kerouac, Barbara Kingsolver, Frank McCourt, Toni Morrison, Alice Munro, and Arundhati Roy to name a few.

Her work has been published in: The Hunger, Vine Leaves Literary Journal, The RavensPerch, Embodied Effigies, Kaaterskill Basin Literary Journal, GFT Press (twice), Kansas City Voices, Picayune, Alehouse, Bathtub Gin, and elsewhere. She was the runner-up (with publication) in the Big Wonderful Press Funny Poem contest and received an honorable mention in the 2016 New Millennium Writings Award competition. Her prose work was selected as a semifinalist in both the 2015 and 2014 Tucson Festival of Books Literary Awards and in the 2014 Horatio Nelson Fiction Prize. One of her poems was reviewed in the New Hope International Review. She also co-authored two published research papers. Her debut novel has been accepted for publication by Bedazzled Ink. It will be released in April 2019.