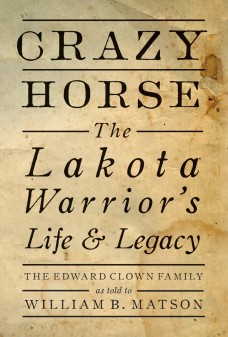 The Crazy Horse family’s oral history had not been told outside the family for over a century. Now it has been put into print for everyone to read as told by Clown, War Eagle, and Red Thunder who are the son and grandsons of Edward Clown, a nephew to Crazy Horse. He was keeper of the sacred bundle and pipe for the family after his mother, Iron Cedar, passed away.

Their book includes new information on one of America’s most famous events, the battle of the Little Bighorn including who killed Custer, how he was killed, and what happened to his missing index finger. This will be the Crazy Horse and Matson’s only appearance in the Monterey area and one of their few stops in northern California.

This event is free and open to the public.