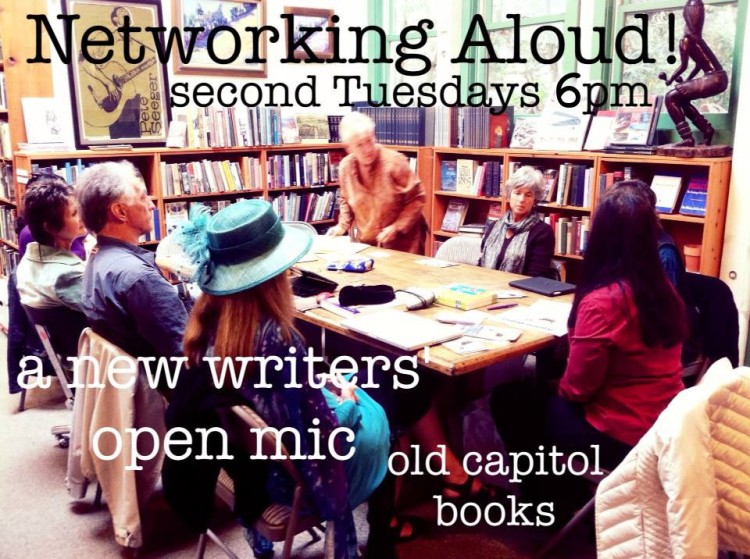 Our free monthly event open to the public every second Tuesday: NETWORKING ALOUD: A WRITERS OPEN MIKE. Come early & sign up for a five to seven minute reading from any genre: prose, screenplay, poetry & essay that follows 15 minutes from a featured published reader. We applaud one another, no critique allowed. Bring your work in progress, we want to hear your VOICE.


On August 11th Tom North the award-winning author of True North – The Shocking Truth about “Yours, Mine and Ours” will share about his experience as the 11th of the 20 Beardsley children, made famous in the 1968 film “Yours, Mine and Ours.” With Lucille Ball playing the role of the mother and Henry Fonda as the father, the film was a critical and box-office success. However, the loving family portrayed in the film differed dramatically from the actual Beardsley family. Tom shares what it was like to grow up in that family, taking the road less traveled through violence and despair, to hope, and eventually to self-discovery and a fulfilling life.

True North is the story of one man’s journey through childhood domestic violence and the resulting poor life choices that followed. After digging himself out of a morass of depression and addiction, Tom North tells an inspirational story of survival and hope. It is a road-map for all victims of domestic violence and child abuse, pointing the way to recovery and the happiness that is every human being’s birth right. It is a must read and an entertaining story.