Saturday May 9th, 2015 – 2pm-4pm: Old Capitol Books is hosting local author Robert Ernst as he comes in to discuss his new novel The Inside War, a historical work which is set in Civil War North Carolina.

About The Inside War:

In the spring of 1862, brothers Will and Edwin Roberts enlist in the Fifth North Carolina Calvary Battalion anticipating danger and adventure. They are Confederates, but many of their neighbors side with the Union. Neither they, nor their wives who remain in the Appalachian enclave near Marshall, North Carolina, could have foreseen the perils of the “inside war.” Bushwhackers, deserters, spies and home guardsmen kill each other with shocking brutality, and take everything possible from the women who stayed behind.

The Inside War portrays the abandonment of the rules of warfare and the breakdown of civil society during the war between the states. Based upon the actual story of a family, The Inside War offers a graphic look into an untold aspect of the conflict.

When asked, in a recent interview with Allen Mendenhall, if the author agreed with the notion that the Revolutionary War produced political philosophy in America whereas the Civil War produced literature, Mr. Ernst replied, “Perhaps the truth in that statement devolves from the Revolutionary War defining the creation of a nation, the Civil War defining its character. The revolution tested the theories of individual liberty and melded them, free of sovereign control, imperfectly into a new nation. The Civil War represents a gigantic challenge to the notion that a nation of citizens can be free. Millions were intimately involved in the latter conflict and the upheaval and changes were intensely felt and recorded in innumerable books. But the fundamental story of both wars is ongoing, in my view, and that is America must re-experience, “a new birth of freedom,” with regularity if America is to retain her vibrancy and hope.” 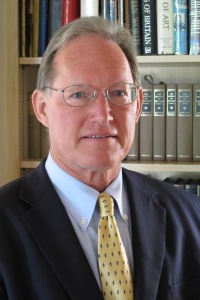 Robert Ernst’s great, great, maternal grandfather was born in Madison County, North Carolina, died in the Union prison at Fort Delaware, and rests in the common, Confederate grave at Finn’s Point, New Jersey. Ernst is a writer and attorney practicing in Monterey, California.