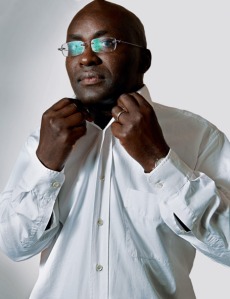 20th August 2014 7pm: Join with radicals, thinkers, activists, poets, and intellectuals on the Monterey Peninsula to read and discuss some of the greatest philosophers of our time.

“According to Achille Mbembe, “To exercise sovereignty is to exercise control over mortality and to define life as the deployment and manifestation of power” (2003:12). In his 2003 article, “Necropolitics”, Mbembe theorizes the enactment of sovereignty in cases where “the generalized instrumentalization of human existence and the material destruction of human bodies and populations” is the central project of power, rather than autonomy (p.14). Significantly, he takes up the philosophical project of conceptualizing the relationship between subjectivity and death as the roots of political sovereignty, and the particular form sovereign power’s enactment has taken through the historical process of linking together notions of modernity and terror. That is, taking seriously Schmitt and Agamben’s notion of sovereignty as the state of exception, we see through Mbembe’s work how Taussig’s wedding of reason and violence becomes extended and reformulated in the colonial contexts of late-modern forms of occupation, where endless states of terror are used to justify the “concatenation of multiple powers: disciplinary, biopolitical, and necropolitical” (p.29), for which military presence and regularized warfare increasingly leads to totalizing forms of domination over human lives within a given space, and one that is endlessly shifting.”
-From “The Anthropology of Biopolitics”

Joseph-Achille Mbembe known as Achille Mbembe is a philosopher, political scientist, and public intellectual. He was born near Otélé in French Cameroons in 1957. He obtained his Ph.D. in History at the University of Sorbonne in Paris, France, in 1989. He subsequently obtained a D.E.A. in Political Science at the Institut d’Etudes Politiques in the same city. He has held appointments at Columbia University in New York, Brookings Institution in Washington, D.C., University of Pennsylvania, University of California, Berkeley, Yale University, Duke University and Council for the Development of Social Science Research in Africa (CODESRIA) in Dakar, Senegal.