Saturday September 13, 2pm-4pm: Ken White, author of Getaway Day, will be in store for a book signing. 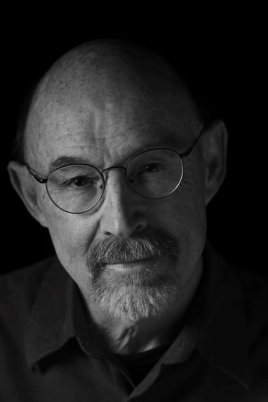 Ken recently retired from the worlds of advertising, corporate communications, and interactive entertainment to concentrate on writing and community service.

Born in Lathrop and raised in Modesto, California, he continues to live in his home town. He is married to Robin and has two adult step-sons, Tyler and Eric. He is the author of four novels, fourteen screenplays, one sitcom pilot, and two stage plays. Most of his stories are about his home town and the Central Valley heartland. 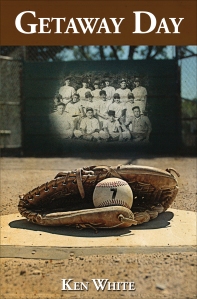 It’s the 1962 World Series. New York Yankees versus San Francisco Giants. Tropical storm Freda has delayed the crucial sixth game in San Francisco. It’s dry as a bone in Modesto, California, where the Yankees have a farm team and a field named after Yankee owner Del Webb. A flurry of phone calls leads to a bus ride to the Central Valley town of 30,000. On October 14th, 1962, a crowd of more than 5,000 fills the small minor league park. This once-in-a-lifetime event features eight future Hall of Famers. Yogi Berra, Whitey Ford and Mickey Mantle from the Yankees; Orlando Cepeda, Willie Mays, Willie McCovey, Juan Marichal and Gaylord Perry from the Giants.

One of the fans is thirteen-year-old Mikey Wright. Unlike the rest of the spectators, he’s not there to see his idol and namesake, Mickey Mantle. He’s there to convince the Commerce Comet to play catch with Mikey’s father, who is dying of cancer.

Getaway Day chronicles Mikey’s journey to save his father’s life. And learn the meaning of his own.

Getaway Day will appeal to Baby Boomers, young adults, and anyone who loves baseball and remembers the joy and sorrow of adolescence.

Listen to an interview with Ken White here: