Now, for the first time, the star of The Mod Squad, Michael Cole, in a raw an unflinching memoir writes about his role as Peter Cochrane in the groundbreaking program.

Michael Cole will be at Old Capitol Books Saturday 7 July at 2pm to sign copies of his memoir I Played the White Guy. 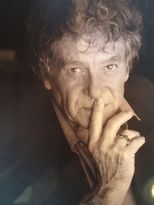 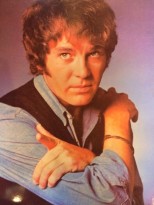 Michael gives an often humorous – and always brutally honest – account of his life, his career, his highs and lows. He reveals what it was like to be famous, idolized by millions and recognized all over the world, while at the same time struggling with internal demons – insecurities fostered by abandonment and rejection and fueled by alcohol. His Hollywood stories are entertaining but it is the author’s hope that other will be inspired by his story.

Michael’s rise to superstardom came quickly as the show became a cultural phenomenon. The tag line “on black, one white, one blonde” was both catchy and controversial. The Mod Squad was ahead of its time, tackling issues never shown on primetime TV: the Vietnam War, racism, drugs, and child abuse. The show was ultimately about caring and the audience responded, making The Mod Squad a huge hit throughout its five year run.

While he was enjoying the ride of his life professionally, Michael was careening downhill personally; his drinking had grown out of control. One night in 1989, he was introduced to a beautiful woman, Shelley. Their connection was instant; their love story changed the course of his life. In December 1993, Michael entered The Betty Ford Center to face his addiction and its impact on those he cared about. After completing the program, Michael and Shelley were married and he is now celebrating nearly 24 years of sobriety.