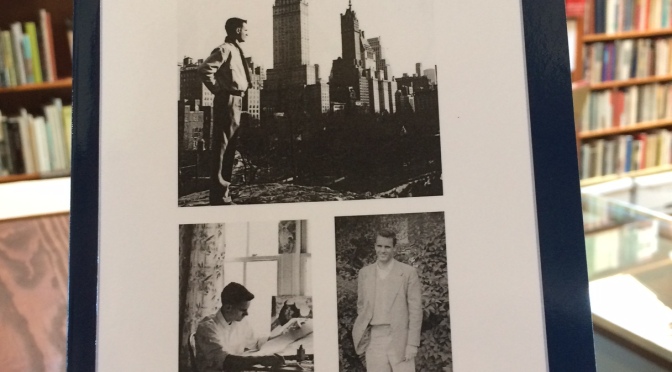 Saturday 15 July 2017, 2pm: Local author, poet, and musician Bill Minor will be in store for the launch of his new book, Going Solo: A Memoir 1953-1958, about this hitchhiking across the U.S., lounging in pre-statehood Hawaii, and his first typewriter. On top of all that, there’s going to be live music! 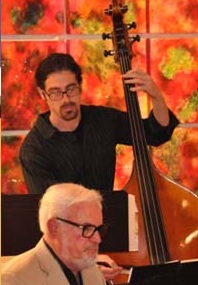 Bill Minor is a regular feature here at the bookstore, and has come to play music to audiences with vocalist Jacqui Hope and bassist Heath Proskin, has collaborated with Robert Sward, Maggie Paul, Cathleen Calbert and various others for many afternoons and evenings of music, literature, and good times.

For his July appearance, he will be joined by Richard Rosen on harmonicas. They will be playing music from the era depicted in the book, such as “Nature Boy,” “The Nearness of You,” and “Paper Moon.”

This event is free and open to everyone.

William Minor has published seven books of poetry, the latest Gypsy Wisdom: New & Selected Poems; a comic novel: Trek: Lips, Sunny, Pecker and Me; and The Inherited Heart: An American Memoir. He’s also published three nonfiction books on music—the latest Jazz Journeys to Japan: The Heart Within. A professional musician since the age of sixteen, he has released three CDs: poetry and original music (For Women Missing or Dead and Mortality Suite) and a play for two voices with original musical score (Love Letters of Lynchburg). He played piano and read poems at a recent Book Launch at The Museum of Monterey for Gypsy Wisdom, with Heath Proskin on bass and vocalist Jaqui Hope singing poems set to music. 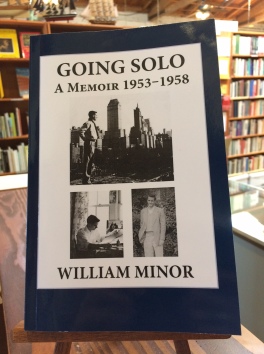 At age seventeen, a boy graduates from high school and is admitted to the University of Michigan. There, both within but mostly outside the classroom, he makes troublesome discoveries about human nature, initiating a religious conversion. Challenged by Rilke’s statement “You must change your life,” he decides he must—but how cast off friends and family with whom he is all too familiar? At nineteen, he takes off on his own for New York City, attending an art school, Pratt Institute, and begins the dream of spending one’s lifetime as an artist.

The year is 1955; he is exposed to the rich bond between jazz musicians (he plays jazz piano himself at the 456 Club in Brooklyn) and Abstract Expressionists. He befriends the most kindhearted, hospitable family he has ever known. A bright young woman introduces him to poets from Hart Crane to Baudelaire— and genuine love. Overwhelmed by too much “information” and insight (acquired too fast, too soon), he decides to take off with a fellow student for “the territory ahead” (one year before Jack Kerouac published On the Road): a cross-country hitchhiking adventure which, solely by chance (an injury working as a dishwasher at Big Jack’s Drive-in in Santa Monica, California) will lead him back to his hometown in Michigan—and reunion with a childhood love and a marital sojourn in the Garden of Eden (the island of Kauai in 1957).

The couple, and a child, will return to San Francisco at the height of the Beat movement–and create a life together that will last for sixty years. It’s a nonfiction tale that spans significant cultural eras in American life, focused on the important discovery that you can be free only in a life you choose yourself. The book should appeal to a wide audience (anyone who’s experienced meaningful“coming of age,” which should be everyone!), a story told with considerable humor (in the spirit of Mark Twain) and lucid meaningful prose.