Monday 7 December 2015, 7pm: Old Capitol Books is proud to announce that we will be working together with the Direct Action Monterey Network in hosting Paul Simons who has recently returned from Rojava, where local grassroots and militias are fighting against ISIS. He has documented his journey in his Dispatches which are published in Modern Slavery. 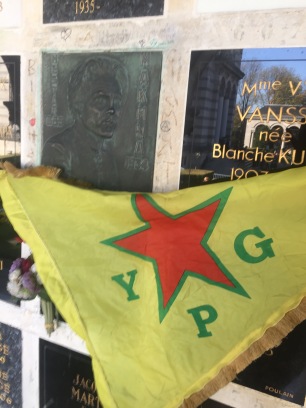 Paul Simons, writing under the pen name, El Errante, is the author of a series of recent dispatches from the liberated territories of Kurdistan in Syria. Currently on a tour across the Bay Area, Simons has just returned from a region besieged by war yet is also in the middle of one of the most far reaching social experiments of the 21st Century: the ‘Rojava Revolution.’ The liberated territories of Kurdistan are a thriving example of stateless democracy and of a people who are overturning traditional institutions such as patriarchy and social hierarchies.

Simons discusses not only the day to day life of the people living within the evolving revolution, but also the various grassroots organizations and militias that they have created while waging an exhausting fight against both ISIS and the Turkish State. Weaving together ideals of anti-authoritarianism, feminism, ecology, and a rejection of Statism, Paul Simons’ report on the the Rojava Revolution is not to be missed by anyone working for sweeping social transformation in the current age. 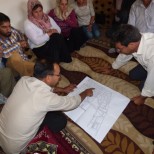